Guana in a tree

Bush Turkey and a little Wallaby

The large dam. I think it's about 100m high. The maximum dam level is 99m. It has 2 generators creating energy. The water is led into the Wivenhoe dam and from there into the Brisbane River.
Wivenhoe Dam provides flood management for Brisbane. 50% of the dam capacity is for flood prevention. Brisbane got drowned a few times in the last century 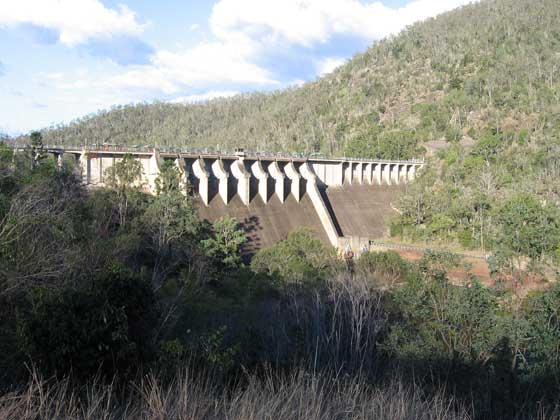 Somerset Dam is one of the 2 main dams around Brisbane. After heavy rain it was back from 25% to 45% of it's capacity. The dam is less than 2 hours drive away from Brisbane. Edit (march 2008): after another month of heavy rain the dam level is now around 80%. Combined dam levels are now at 38% (was 18 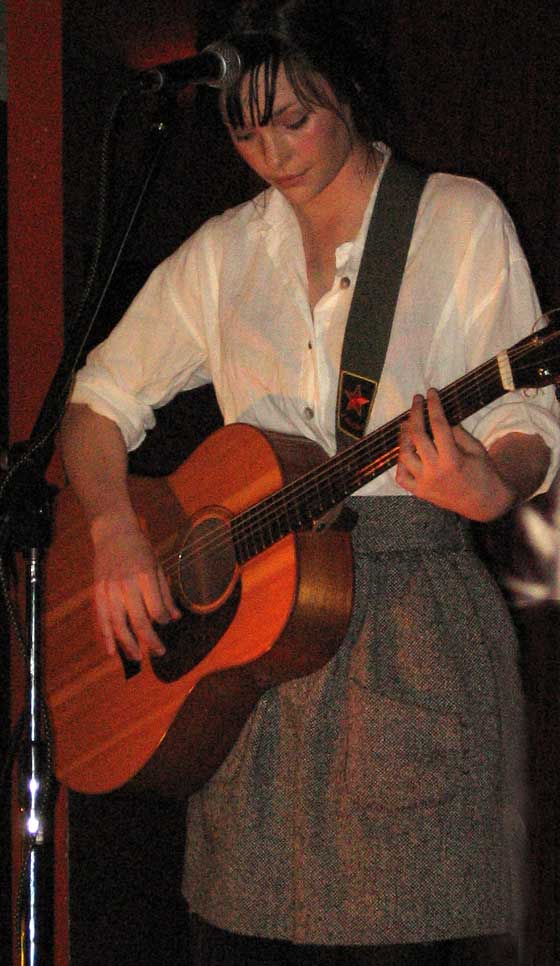 Guana in a tree

A large guana hides in a try where we were camping 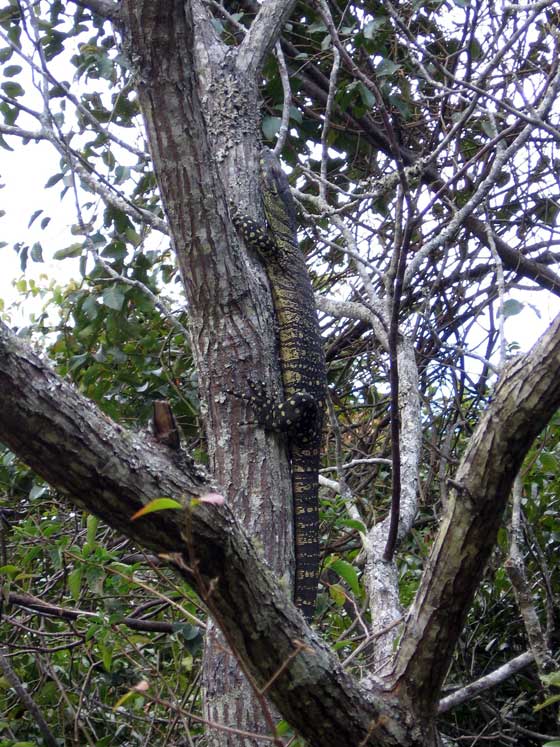 in their appartment near the Story Bridgge 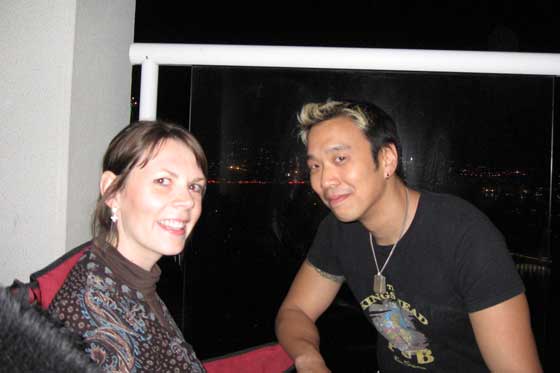 Seen from the lookout near Beerburrum 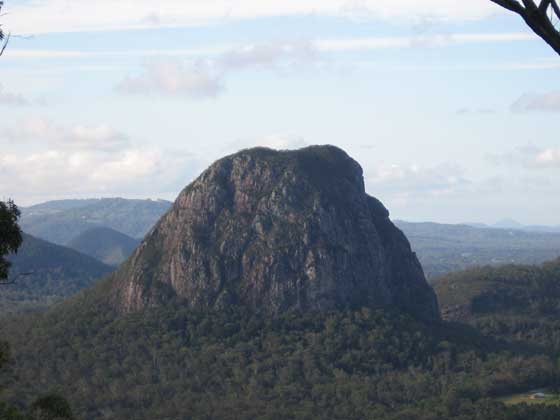 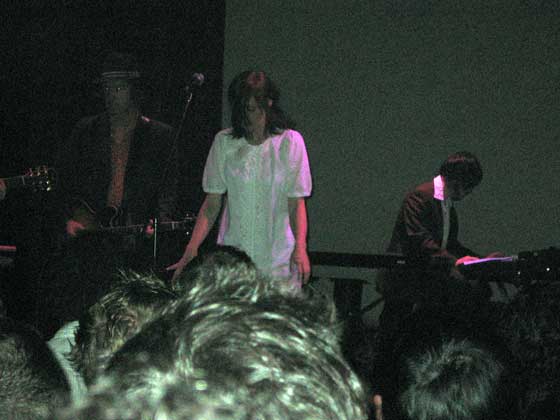 My desk during the Hellboy project. Behind me are all the nice concept art sketches. 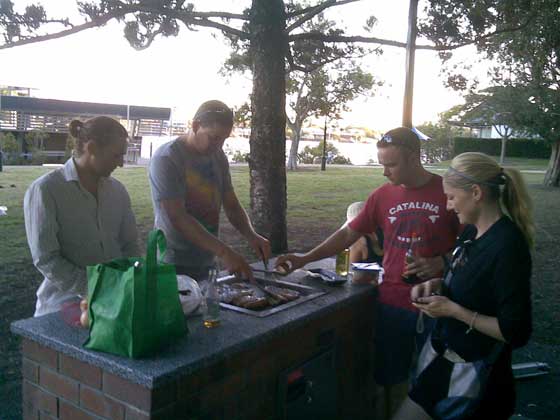 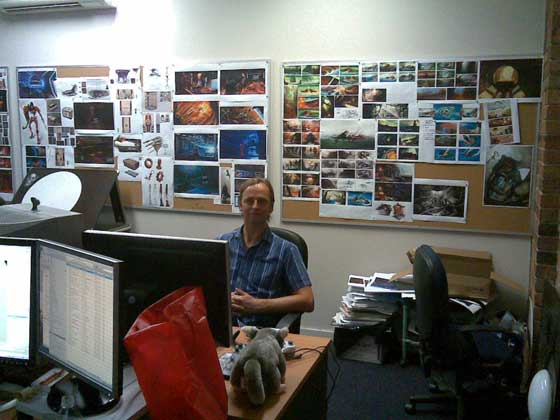 in the background we see Leah playing in the guitar hero competition. 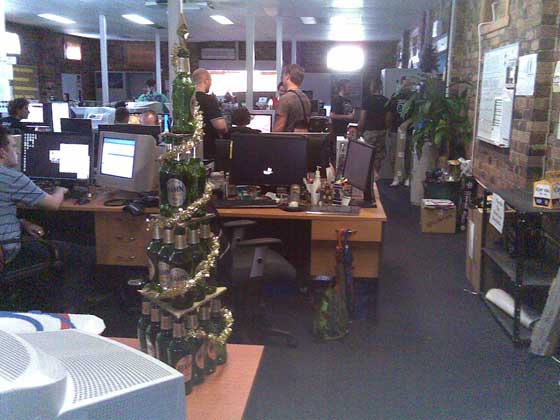 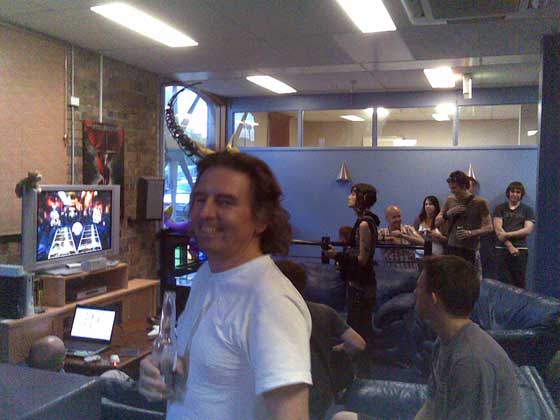 Residential possum at John and Karen's place in New Farm. He waits to be fed. 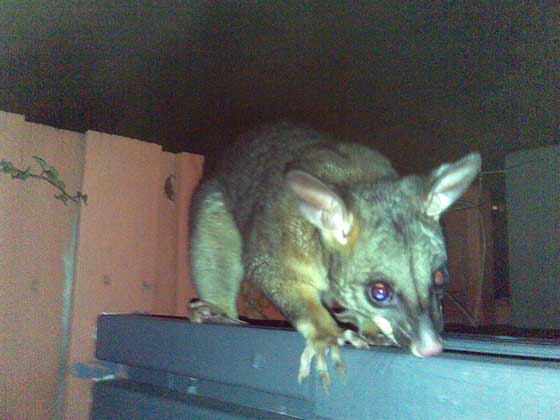 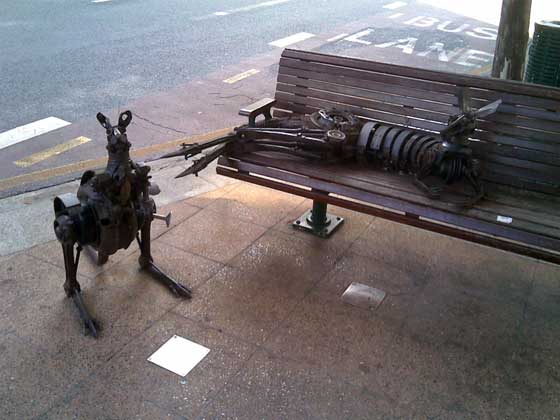 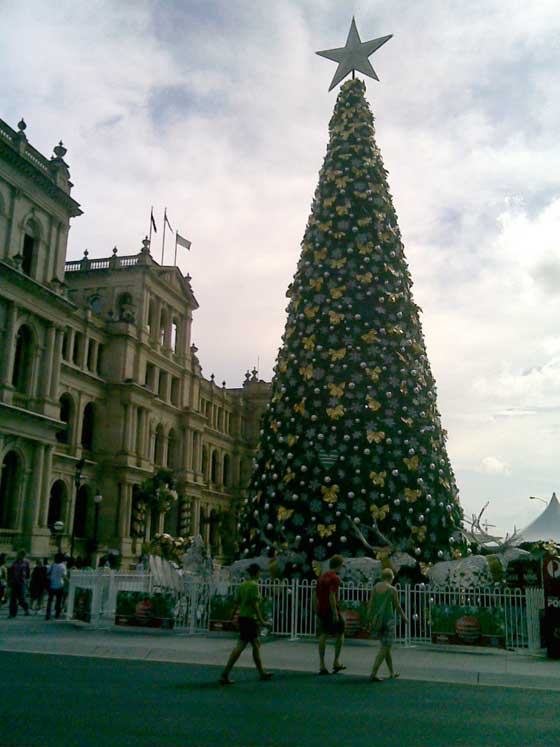 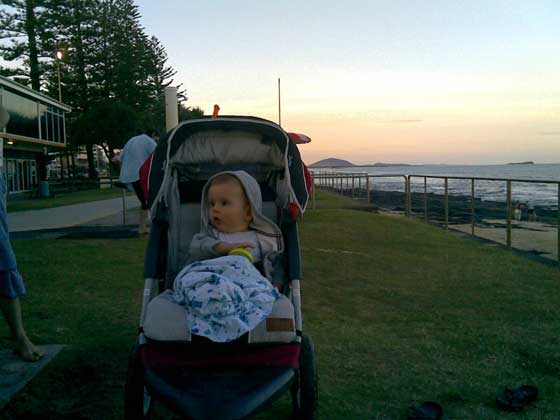 On a rainy Christmas day

Bush Turkey and a little Wallaby

In a little rainforest walk in the Blackall Ranges, Sunshine Coast Hinterland. 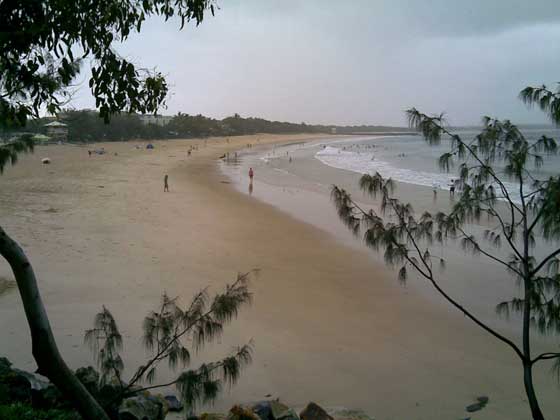 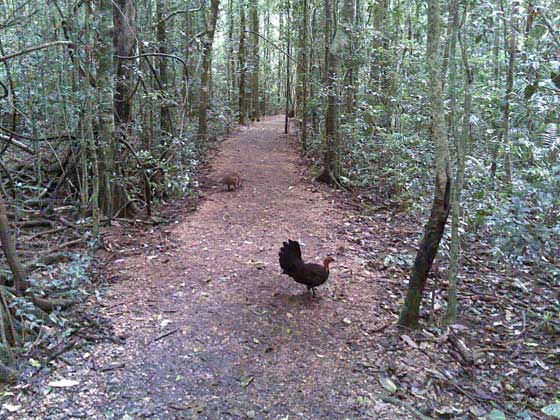